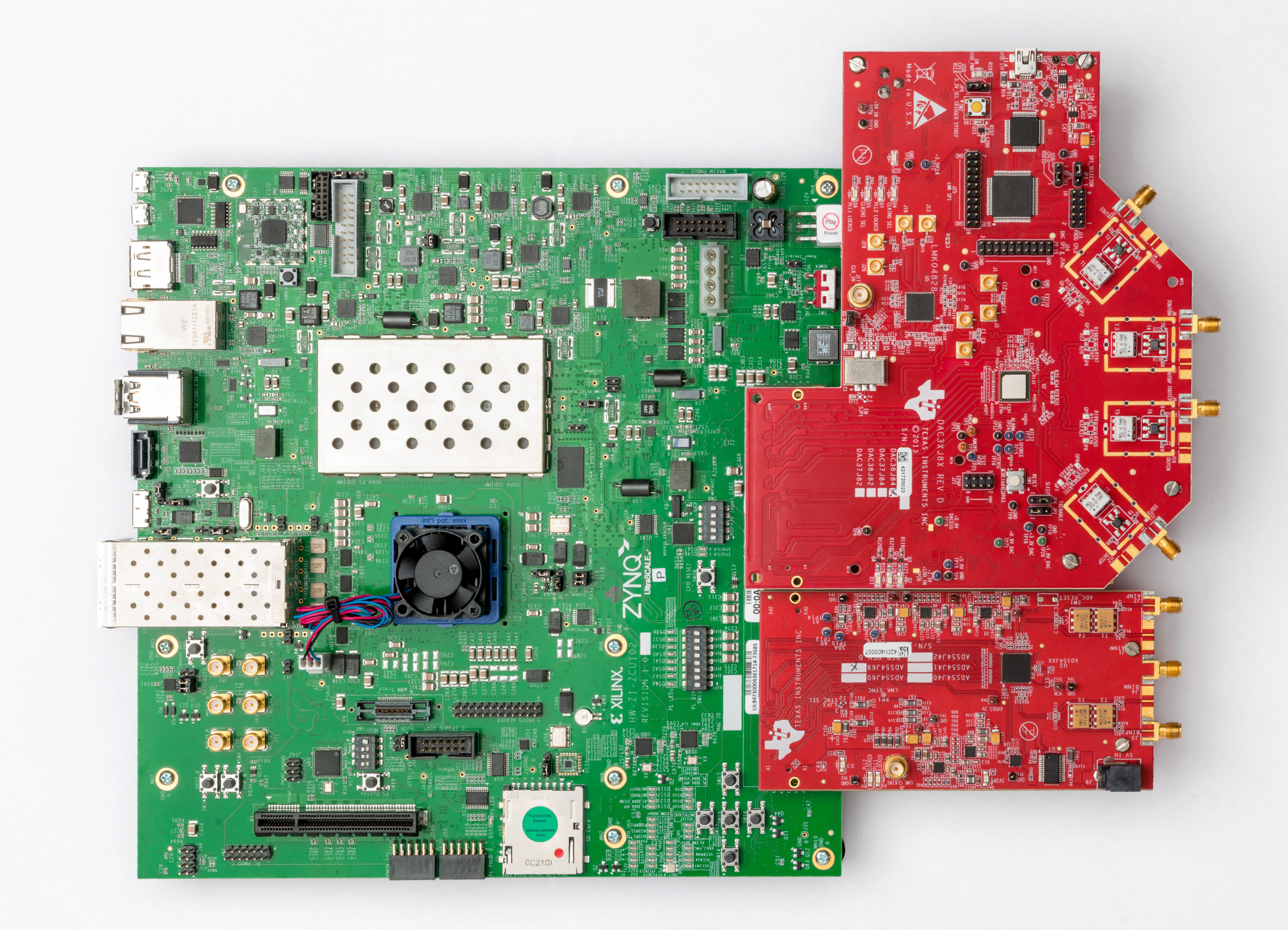 Metal magnetic calorimeters (MMC) are high-precision sensors that can resolve the energy of individual photons at low temperatures of less than 100 mK. They allow to resolve a wide energy spectrum from 1 to 104 electron volts with up to 1.56 eV (at 3.6 keV) and at the same time offer an outstanding linearity in the measuring range.

An MMC consists of a gold absorber coupled to an erbium paramagnetic sensor. An external field aligns the elementary magnets in the sensor, thereby increasing the magnetic flux. Any increase in temperature due to an energy input into the sensor changes the alignment of the elementary magnets. This leads to a change in the magnetic flux. By weak coupling to a heat bath, the energy is released again - the temperature returns to the base temperature. This results in the typical sensor signals, shown in Figure 2. The change of the magnetic field can be detected by a SQUID magnetometer and converted into a voltage. The sensors are developed and produced at the Kirchhoff Institute for Physics at the University of Heidelberg.

At the Institute for Process Data Processing and Electronics software-defined radio systems are developed which allow readout on the frequency range of the resonator-sensor array. They should be applicable for sensor systems with up to 800 calorimeters.

The readout electronics consists of three parts. The frequency comb is generated in the first part, a Field Programmable Gate Array (FPGA), which passes the digital signals to the second part, which performs digital-to-analog and analog-to-digital conversion of the signals. The analog signals are converted into the microwave range between 4 and 8 GHz in the third part, a high-frequency electronics unit. The high-frequency signal can then be transmitted to the sensor network via a coaxial conductor.

After being modulated by the sensor, the sensor signals are fed back to the electronics via a second conductor. There they are converted back with the third and second part and digitized. In the FPGA, digital signal processing is used to separate the frequency multiplex into the individual sensor signals. After further processing steps, such as the detection of sensor events, the data is sent to a computer system via a network connection.

The sensor systems are used among other things in connection with neutrino physics in the ECHo project. In this project the readout electronics acquire the spectrum of the radioactive isotope holmium-163 with 12000 sensors and an event rate of 105 events per second to study the mass of the electron neutrino (to the ECHo project). Furthermore, the system will be used in the MATRIX project to search for dark matter. The measurement system will be used at MATRIX to record the decay spectrum of tritium. Due to the large number of recorded energies it is assumed to find signatures of sterile neutrinos. Finally, the readout in sensor systems for telescopes in QUBIC is planned for the recording of the cosmic microwave background radiation (to the QUBIC project).

We are a young, motivated and interdisciplinary team at Campus North, working at the interface of physics, electrical engineering and computer science. Our group develops electronics to control and read out superconducting circuits in experiments. On the one hand, the focus is on superconducting quantum bits as they could be used for future quantum computers. On the other hand we also read out large SQUID-based detector arrays.

Students are an integral part and one of the pillars of our team. We continuously offer bachelor and master theses as well as hiwi jobs in a wide range of topics and are happy to receive active support. Those who are technically enthusiastic will definitely find a varied and exciting field of research here. If you are interested, have a look at the advertised theses or simply contact Oliver Sander.