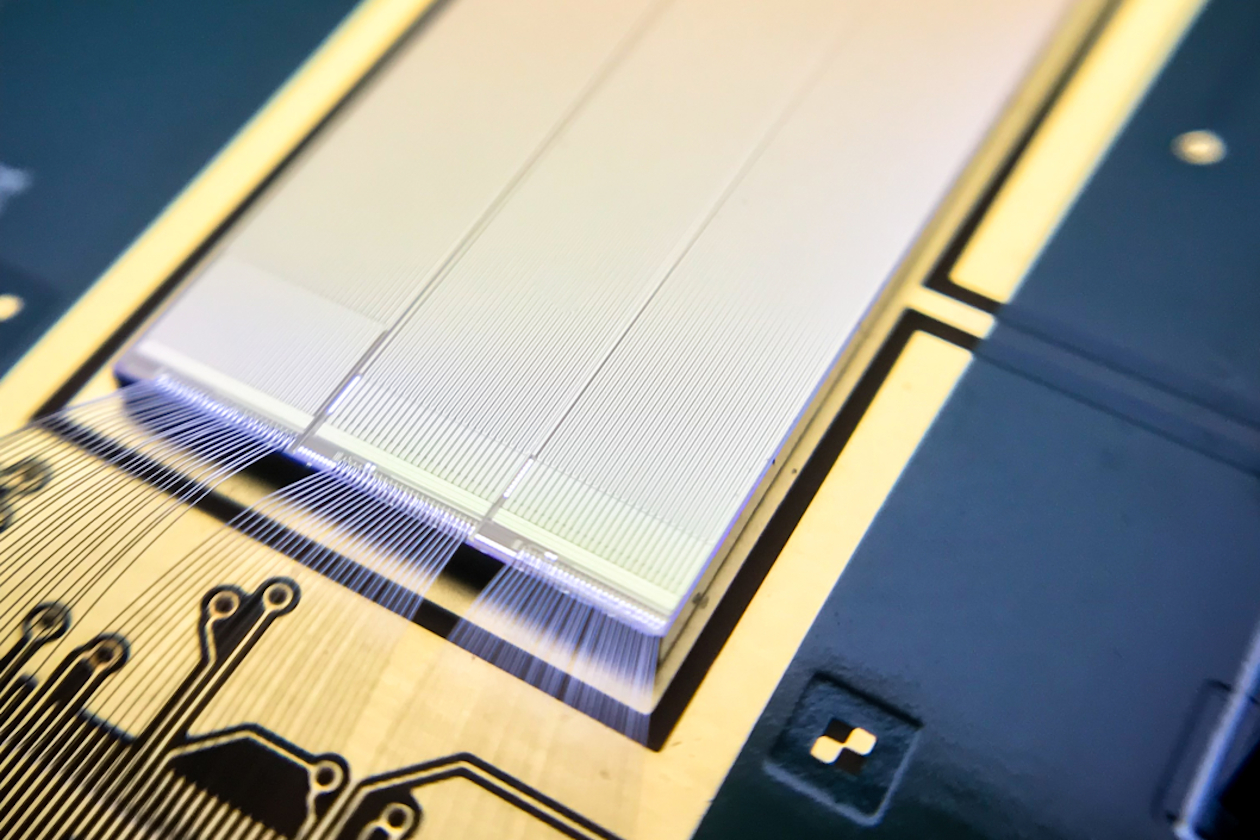 HVCMOS particle sensors are based on an innovative structure. These sensors can be manufactured in commercial semiconductor processes. High voltage is used to increase the sensor volume and improve time resolution, detection efficiency and radiation hardness.

HVCMOS sensors are our innovation at the ASIC Detector Laboratory (ADL) of IPE! They are pixelated sensors in CMOS technology using high voltage to increase the sensor volume and improve time resolution, detection efficiency and radiation hardness. HVCMOS sensors are suitable for the detection of single ionizing particles, although the detection of low energy photons is also possible. Applications include high energy physics, photon science, medicine, electron imaging, etc.

More information can also be found on the pages of the ASIC detector laboratory of the IPE.

Important applications for our sensors are high energy physics experiments.

We are developing HVCMOS sensors for the upgrade of the ATLAS experiment. ATLAS is one of the four main experiments at the Large Hadron Collider (LHC) at CERN. It is designed to exploit the full discovery potential and the enormous range of physical possibilities offered by the LHC. We believe that ATLAS and the other particle physics experiments could benefit from the use of HVCMOS sensors in terms of performance and construction costs.

The project will be carried out in several steps:

Mu3e is an experiment at the Paul Scherrer Institute (PIS, Villigen, Switzerland). Mu3e will utilize a high intensity muon beam to search for the decay of muons into three electrons. This decay is not observable according to the standard model of elementary particle physics, because it would imply the flavor violation in the charged lepton region. However, some theories beyond the Standard Model predict this decay. The Mu3e detector is built up of three monolithic HVCMOS sensor layers. The thickness of the sensor chips is only 50 microns and the total detector area will be more than one square meter. The experiment is currently being prepared in an international collaboration.

At KIT-ADL we develop HVCMOS sensors for future linear colliders, such as the Compact Linear Collider (CLIC) . Capacitively coupled pixel detectors (CCPDs) based on an HVCMOS sensor and a readout chip are investigated. The signal transmission from chip to chip is done by capacitive coupling.